The historical era ...
CNR broadcasting poster from 1926.
The CNR system was the nucleus of what later became the CBC.
The Ottawa antenna location shown is the roof of the Jackson Building (Bank and Slater Streets).

Born in the US, and knighted in Britain for his transportation work during the Great War,
Thornton was hounded, disgraced and dismissed by a newly-elected Canadian government for his efforts
(and spending) to reorganize and modernize the CNR.
He died less than a year after leaving his CNR post.

Below are three pages which outline the financial condition of the CNR in 1928.

The commentary notes that there is 'no stock investment interest' in the CNR. During the railway capital crisis - which began in earnest with the Great War 1914-1918 - every spare dollar was taken out of Canadian railways and put into more profitable investments. Companies with contracts with the British government to make tin hats, 'iron rations' for the front, and ammunition would turn handsome profits. Railway lines through the sparsely-populated Canadian wilderness would only attract 'patient investors' - and there were few of those as the war got going.

Unable to raise further capital, and without enough revenue to keep the wolf (the banks) from the door, the Canadian Northern, Grand Trunk and others had their capital stock seized. Much of it had been pledged as security for loans, for government grants and through bond indentures.

The Canadian government ended up holding the railways' capital stock. To forestall legal claims from the builders/owners/shareholders, all that was left to do was to set up arbitration panels to determine the stock's 'real value'. The whole financial mess was eventually consolidated into the Canadian National Railways.

In the statements, you can see some of the interesting and descriptive old company names.

In history, railways were important in the development of modern financial techniques - taking investors' money and, in exchange, issuing security certificates - such as shares, bonds, debentures and equipment trust certificates. Previously, there had been very few businesses which needed so much investment to become established - railways needed a lot of heavy equipment and supplies to build and to operate.


Before any paper certificates were issued by the railway companies, all of the original 'securitization' was done through appropriate legal processes to satisfy investors that their money was secure at the moment it was invested with the company.

Below is a modern version of the process of pricing and selling bonds (debt securities) to the original investors. The issuing [railway] company uses underwriters to distribute and sell their bonds - which, at face value, are priced at $100. You can see how the underwriters buy the bonds at less than face value from the company, and sell them to investors at '$100'.

If a company ever hopes to issue more stock or more debt securities in the future, it must be run in a prudent financial manner ...

Once the company has the original money from the underwriters, 'the market' puts its own price on each type of security. Marketable bonds (like stocks) are generally traded between investors on a secondary 'bond market' - where their prices also rise and fall like stocks.

The pricing of marketable bonds is very complex (it's all about the 'time value of money' and what 'future payments' are worth) but, generally, if prevailing interest rates go up, the prices of bonds already issued go down - i.e. below $100. And vice versa.

Potential bond investors in 1928 would have been interested in the financial condition of the government-owned CNR. If the bonds were backed by a government (i.e. 'government guarantees') and/or they seemed like a good risk, they might prove to be a good investment. The bonds listed were all 'Outstanding in the hands of the public'.


Below, you'll notice that Sir Henry Thornton is also on the board of Canada Steamship Lines.


By the time the photo above was taken,
the faith of the general public in the stock market and in the financial system had been destroyed ..
by the Great Crash and the ensuing Great Depression. 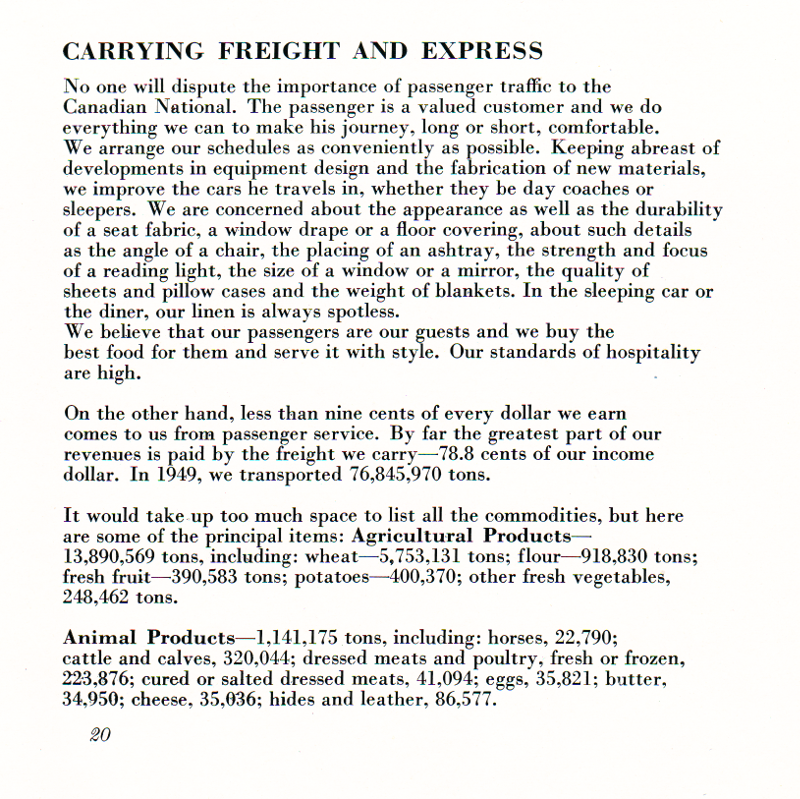 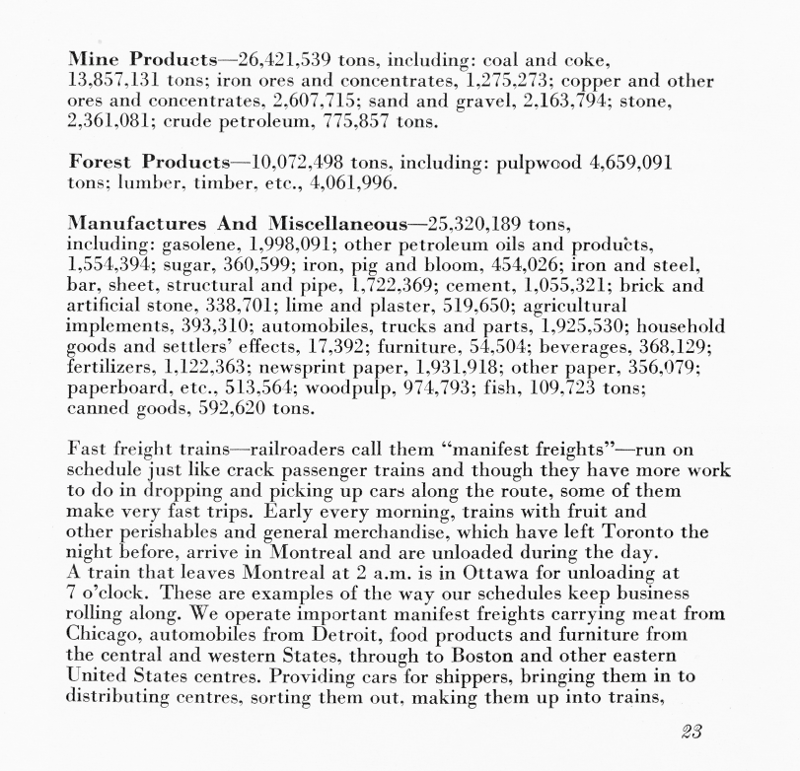 The setting sun casts shadows on the former Grand Trunk Railway Bonaventure passenger station -
seen at the end of the new freight sheds.

"Freight comes to use in all shapes and sizes and we are equipped to handle all of it." 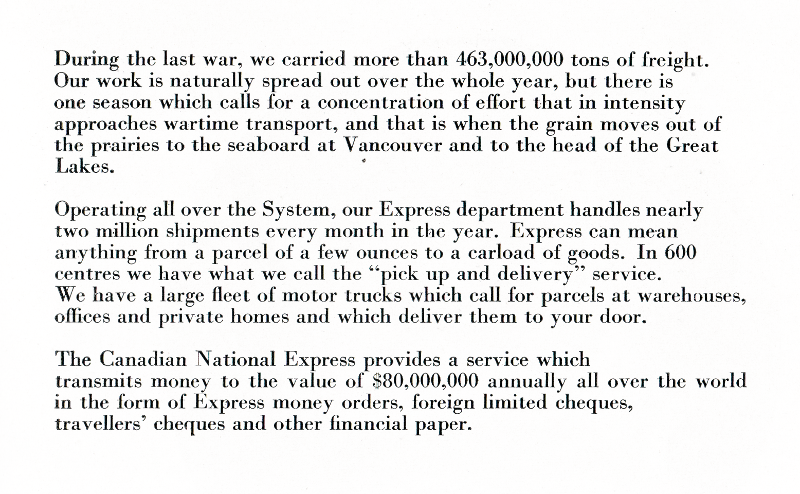